In 2018, for the first time in its history, the CASCA annual meeting will be held in Cuba. Our host, the Universidad de Oriente in Santiago de Cuba, will welcome us from the 16th to the 20th of May.

As with any brand-new experience, the prospect of travelling to unfamiliar grounds might be very exhilarating for many of us, but also perhaps somewhat disturbing for some others. For those of you who, for one reason or another, might still be reluctant to join us for this upcoming event on the largest island in the Caribbean, we have compiled in this listicle seven reasons to come to the next CASCA annual meeting. 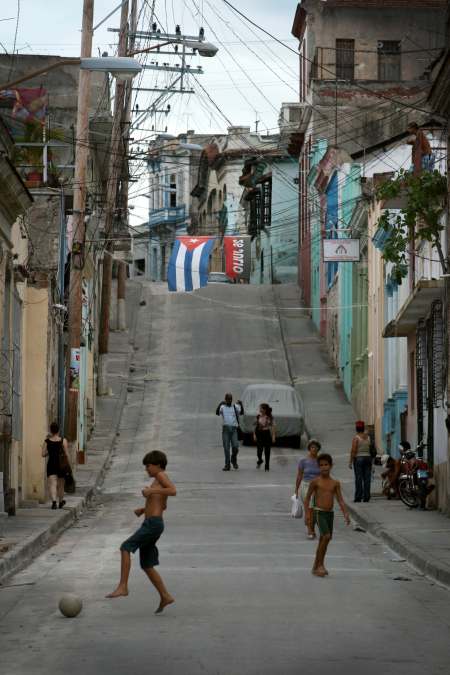 The city of Santiago de Cuba, located in the southeast of the island, is the second largest in Cuba. In addition to its beaches and enchanting scenery for the seaside tourism enthusiasts among you, the city also features several points of interest among its steep streets and colonial buildings that account for its rich history.

The castle of San Pedro de la Roca (El Morro), built in the seventeenth century, is overlooking the bay. This monument was declared a World Heritage Site by UNESCO in 1997 because of the quality of its preservation and its typical Spanish-American military architecture. It is at this majestic place that the conference banquet will be held. Santiago de Cuba was also the scene of major events during the Cuban Revolution. On the City Hall balcony in front of the central park, Fidel Castro proclaimed the start of the Cuban Revolution on January 1, 1959. It is also at the cemetery of Santiago de Cuba that Fidel Castro and José Marti, the hero of all Cubans, are buried. 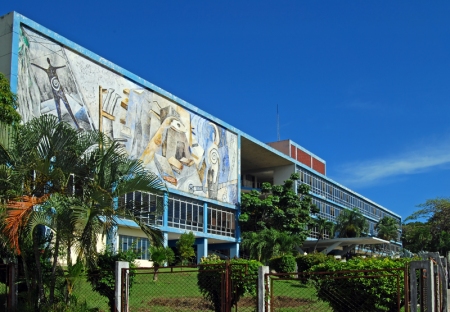 The conference will be held mainly at one of the campuses of the Universidad de Oriente, which is celebrating its 70th anniversary this year. The University is located on the outskirts of the city and is easily accessible by foot in about 30 minutes (and some sweat …). The hotel Melía Santiago, where the welcome cocktail, the general assembly, and the dinner of the Women’s Network will be held, is located in front of the University (a 5-minute walk). The hotel has a comfortable lobby for meeting and refreshing (with air conditioning), a magnificent swimming pool, and a bar with a view on the whole city of Santiago de Cuba. In collaboration with the Center for Imaginative Ethnography, a concurrent program will include symposia, exhibitions, concerts, a film festival, and performances. These activities will take place at Casa Dranguet, a cultural center located in the city center that works, among other things, on the study and promotion of coffee culture.

The organizing committee is currently working with the travel agency Club Aventure Sherbrooke, which will offer travel packages including airfare, land transportation, accommodation and a short stay at the beach (details to come by the end of October). The flat rate option for the hotel Melía Santiago will certainly be the most convenient. But for those who wish to explore and venture out, the city is full of casas particulares (or B&Bs) located near the University and/or the city centre.

Within the context of the meeting, several activities are also planned. The banquet of the society at El Morro Historic Fort will offer diners a breathtaking view, accompanied by a Cuban music show. The CASCA Weaver-Tremblay Award will be presented in the historic hall of the Emilio Bacardi Museum, located in downtown Santiago de Cuba. And groups and research centres, including the Fernando Ortiz Center for African Culture, will offer dance and percussion workshops.

Santiago de Cuba is also a city with a very rich cultural life. It is the birthplace of several musical styles that combine elements of Hispanic and African origin, including the son (the ancestor of salsa), the trova, and the conga. The Casa de la Trova, located in the center of Santiago de Cuba, is a mythical place for dance and traditional Cuban music enthusiasts, and features concerts every night. Other night activities will also be organized in the festive hubs of the city.

For 2018, CASCA intended to reiterate the positive experience of organizing the conference outside Canada (something which dates back to the 2005 Mérida Conference in Mexico) by stimulating new encounters and collaborations, and opening us to new perspectives from outside the Euro-American hegemony. As Cuban research is currently in full swing in many fields, CASCA has chosen to participate in this movement, in order to move towards a process of decolonization and mutual opening of cultural and linguistic boundaries in Anthropology.

For our Cuban guests at the Universidad de Oriente, CASCA-Cuba will be the first event of its kind, and they are very proud and very happy to welcome us.

A peculiarity this year : delegates will not be able to count on wifi access, mobile networks or, quite possibly,  the technological equipment for Power Point presentations. So what? As any good anthropologist should readily embrace risk and discomfort, this conference will be an opportunity to shake up our habits, to practice a scientific meeting differently, and to create and invent new formulas for scientific communication and exchange.

No network, but more networking

Also, it goes without saying that these restrictions of access to virtual networks can also open more opportunities for networking. The Society for Applied Anthropology (SfAA), which co-sponsors the symposium will be present, and by adding Spanish to the presentation languages, the meeting will also count on the participation of a number researchers who work outside the usual North American scientific networks.

Last but not least, the theme selected for the next meeting of the CASCA is contrapunteo, a polyphonic term whose musical resonances will give rhythm to the reflections. Behind this concept lies the idea of bringing together different currents, influences and people, with the aim of crafting a new harmony, a new meaning, but without abandoning our own identities and origins. It’s the idea of getting in touch, exchanging, and learning from each other to form new opportunities.

We look forward to see you in Santiago de Cuba!